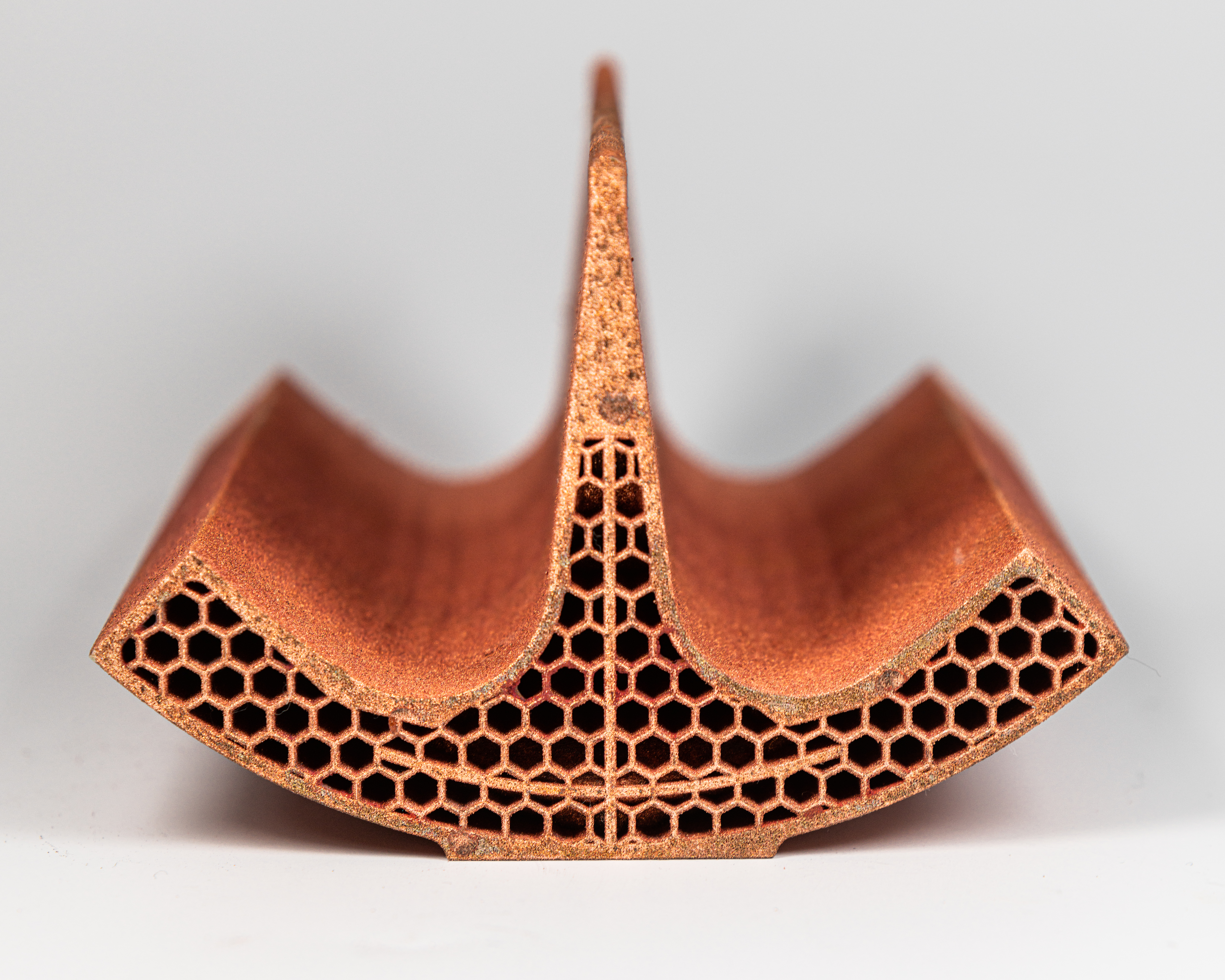 This press release was originally published by Fraunhofer IWS.

A new generation of particle accelerators aims at taking cancer therapy, drug detection and material analysis to a higher level: These linear accelerators are so compact that they are becoming affordable even for smaller hospitals, airports and laboratories. To support this development, the Fraunhofer Institute for Material and Beam Technology IWS, together with the European Organization for Nuclear Research (CERN) in Switzerland, Latvia's Riga Technology University (RTU) and Politecnico di Milano (PoliMi), is focusing on laser-based 3D printing. As part of the I.FAST project, aimed at enhancing innovation in accelerator and co-funded by the European Commission’s Horizon 2020 program, researchers succeeded for the very first time worldwide to additively manufacture essential quadrupole components for linear accelerators from pure copper.

This success opens up new prospects for commercial production and practical use of such systems, operating on the principle of high frequency radio frequency quadrupoles (HF-RFQ). These systems could be used, for example, for better and more automated drug and weapons checks at airports. The scientists see great potential in 3D copper printing: “This approach will allow us to significantly reduce manufacturing times,” predicts Samira Gruber, an expert in additive manufacturing of pure copper and copper alloys at Fraunhofer IWS. For example, rapid prototyping will become possible driving the future development of accelerator technology. In addition, additive manufacturing can save material and thus reduce the resource consumption of copper compared to classic processes.

What are quadrupole accelerators?

Such arguments will play a major role if these compact accelerators are to become more widely accepted. That's because high-frequency quadrupoles based on a new technology developed at CERN are the key components and pacemakers for this new generation of facilities. In the quadrupoles, four alternately poled electrodes face each other, arranged like petals around a central particle trajectory. If the user applies an alternating voltage, rapidly changing electric fields will build up. These fields send the particles between the wavy electrode tips on a wave ride that brings them closer and closer to the speed of light with each passing ”electrode petal” with each quadrupole. Unlike their usually huge underground brothers, called ring accelerators, these linear accelerators often take up little more space than a living room.

Because the systems generate a lot of waste heat during long-term operation, the quadrupoles are made of pure copper. This metal is exceptionally well conducting electricity and heat. Until now, however, the production of quadrupoles has been very complex: They are milled into shape from semi-finished products and then assembled from a very large number of individual parts. Therefore, Fraunhofer IWS, RTU and PoliMi researchers have now developed an alternative: They melt pure copper powder with a green laser. From this molten metal they form the quarter segment of a quadrupole. In the process, they save material wherever it is not needed for component strength. In conventional metal processing methods, on the other hand, this component optimization is very time-consuming, and in some places not even feasible at all. As a result, the new production method reduces copper consumption and provides lighter quadrupole segments that can be assembled within one day.

An increase in the build volume of green laser powder bed fusion systems will soon enable entire quadrupole segments to be produced by 3D printing. Nevertheless, the quarter segments produced now are also already capable for the next project phases: For example, the additively manufactured components have rough surface topologies. Therefore, prototypes must be analyzed whether and how the 3D printing quadrupoles need to be subsequently smoothed, for example, by means of a plasma, electrochemical or laser polishing. The project agenda also includes tests to determine whether and how minor wear damage on accelerators can be subsequently repaired using additive manufacturing technologies without having to scrap entire components. ”In addition, we also intend to study which other materials and components can be considered for additive manufacturing for accelerators,” explains Samira Gruber.

Use for proton therapy and automatic drug detection conceivable

After all, linear accelerators are not only of interest for particle physicists. In the field of medical applications, they can be used for proton therapy against particularly insidious tumors in the abdomen or brain, as well as for medical isotope production. CERN is exploring other applications for the quadrupole accelerators, including material analysis with the purpose of examining art masterpieces. Accelerators convey considerable market opportunities. There are currently around 30,000 accelerators in use worldwide, estimate Californian industry experts Robert Hamm and Marianne E. Hamm in their 2012 analysis ”Industrial Accelerators and Their Applications”. According to the study, companies and institutes around the world use these systems to manufacture and analyze industrial goods worth $500 billion per year.

For more information, read this release:

The I.FAST project aims to enhance innovation in the particle accelerator community, mapping out and facilitating the development of breakthrough technologies common to multiple accelerator platforms. Considering the substantial potential of new accelerator technologies, the European Commission is supporting the project through its Horizon 2020 program for a total of ten million euros. The project involves 48 partners, including 16 industrial companies as co-innovation partners. The additive manufacturing of quadrupoles is one of the subprojects.